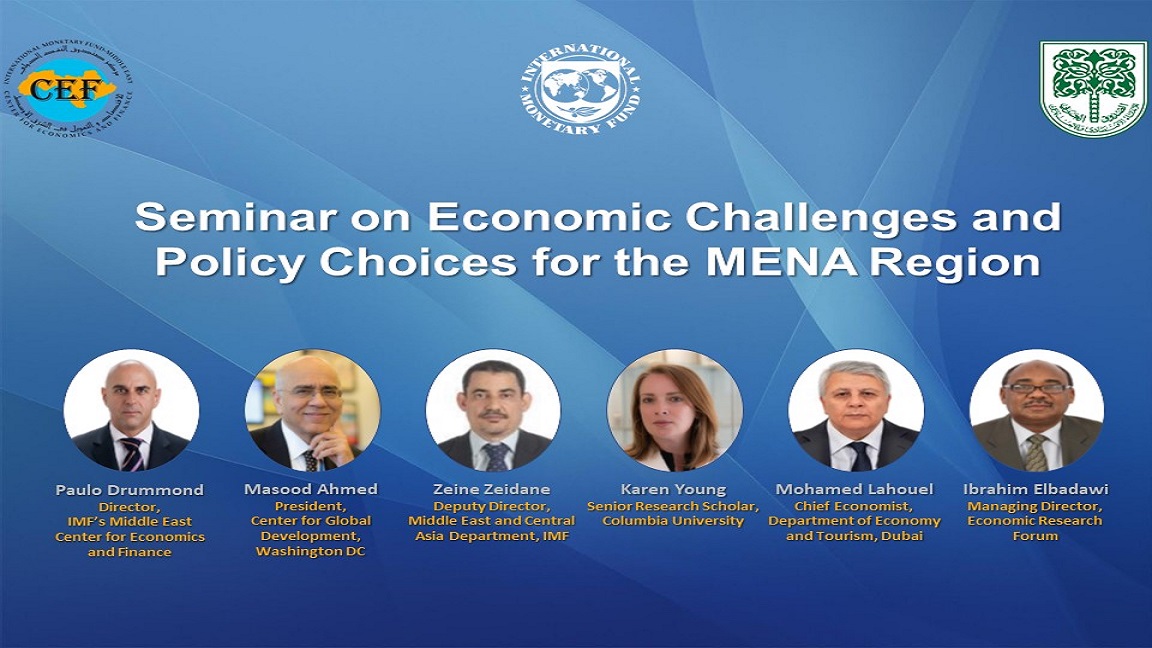 The IMF-Middle East Center for Economics and Finance (CEF) in Kuwait co-organized, with the Arab Fund for Economic and Social Development (AFESD), a high-level event on Economic Challenges and Policy Choices for the MENA Region, on Monday, November 21, 2022. The event was held in hybrid mode where some participants attended in-person at the AFESD’s headquarters in Kuwait while others joined virtually from other countries in the region and from the IMF’s headquarters in Washington, DC.

The panel discussion was chaired and moderated by Mr. Paulo Drummond, Director of the IMF-Middle East Center for Economics and Finance. He gave welcome remarks on behalf of the CEF and indicated that the event was aimed at stimulating an open debate on the evolving economic challenges and policy tradeoffs faced by policymakers in Arab countries. The keynote speaker was Mr. Masood Ahmed, President of the Center for Global Development in Washington, DC. Panelists included Mr. Zeine Zeidane, Deputy Director of the IMF’s Middle East and Central Asia Department, Ms. Karen Young, Senior Research Scholar at Columbia University, Mr. Mohamed Lahouel, Chief Economist at the Department of Economic Development in Dubai, and Mr. Ibrahim Elbadawi, Managing Director of the Economic Research Forum. 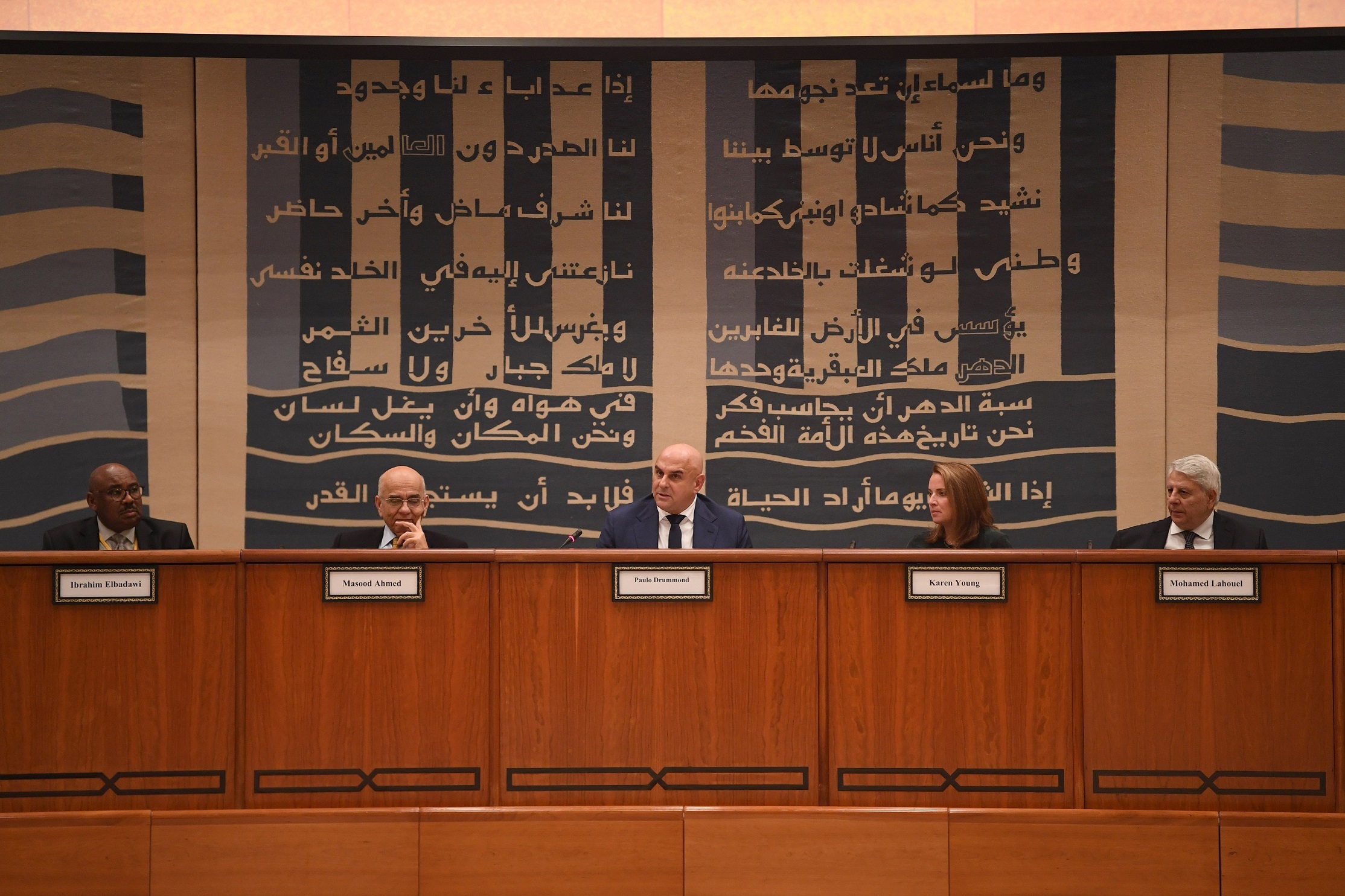 In his role as the event moderator, Mr. Drummond emphasized the importance of thoroughly understanding the global economic context that affect Arab countries, which are quite diverse comprising resource-rich countries, middle-income and emerging markets, as well as low-income, fragile, and conflict-affected states.

In his keynote speech, Mr.  Ahmed shared his views of the global economic environment—providing the context for the economic policy decisions that countries in the region will need to make. He emphasized the consensus on the gloomy global economic conditions among global institutions and economic thought leaders in the aftermath of the Annual Meetings of the IMF and World Bank in Washington last month.

Mr. Zeidane gave an overview of the IMF’s latest Economic Outlook for the region. He started by explaining how the worsening global conditions have been weighing on the region’s outlook amid rising risks. He also highlighted the added fiscal and external vulnerabilities that emerging markets in the region are facing, policy priorities, and the current IMF’s efforts in supporting countries in the region.

Building on the global context provided by Mr. Ahmed and the regional economic outlook outlined by Mr. Zeidane, Ms. Young highlighted future challenges to macroeconomic stability in the region’s oil-exporting countries, especially the GCC. She emphasized new risks and opportunities to economic growth and diversification efforts in this country group. She also spoke about climate policy progress in the region and the GCC.

In his remarks, Mr. Lahouel explained how the region’s Middle-Income and Emerging Markets are faring amidst challenging economic context, including the issues of food and energy security, and outlined the key policy priorities for these country groups.

Mr. Elbadawi spoke about the vulnerability of Fragile and Conflict-affected States in the region, which have high debt ratios, collapsed economies, high food import dependency, and a legacy of subsidized commodity prices. He briefly outlined elements of a new social contract and the importance of mobilizing support for economic reforms.

The floor was then opened for a discussion with the in-person and online audience, including participants from the public sector, the banking and business community, academia, as well as representatives from the diplomatic corps, international organizations, and civil society.

In closing, Mr. Drummond thanked the AFESD for co-organizing this timely event with the CEF. He also thanked the speakers and members of the audience for the illuminating and lively discussions. 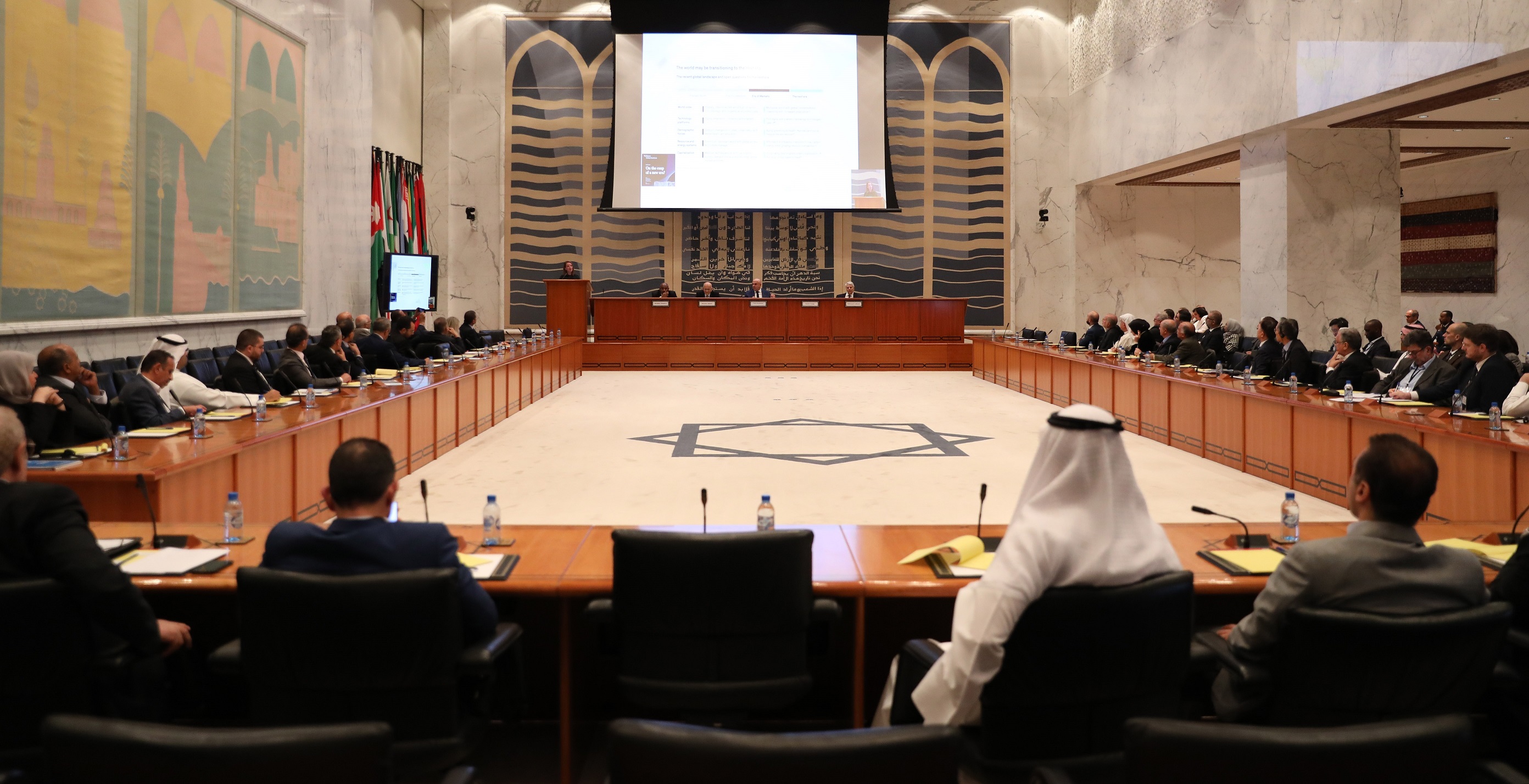